Congratulations to Patrick Young (3839). As well as being our oldest Old Elizabethan, having just celebrated his 102nd birthday, Patrick Young was the oldest finisher in Shamrock Run Portland history.  This is the largest running and walking event in Oregon and Patrick completed the 5k class.  Elizabeth College and the OEA would like to wish Patrick many happy returns. 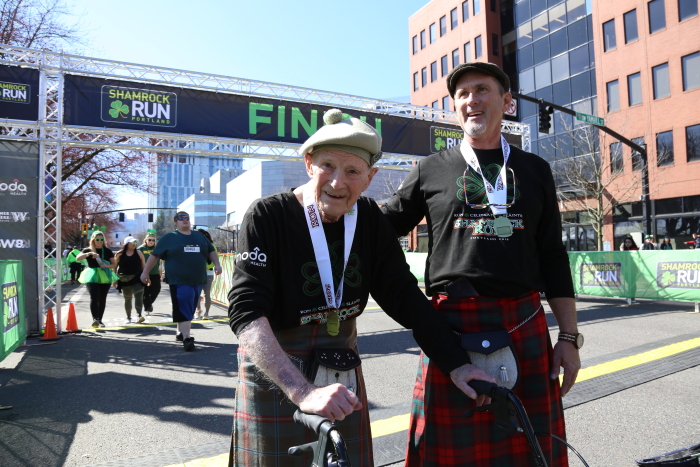 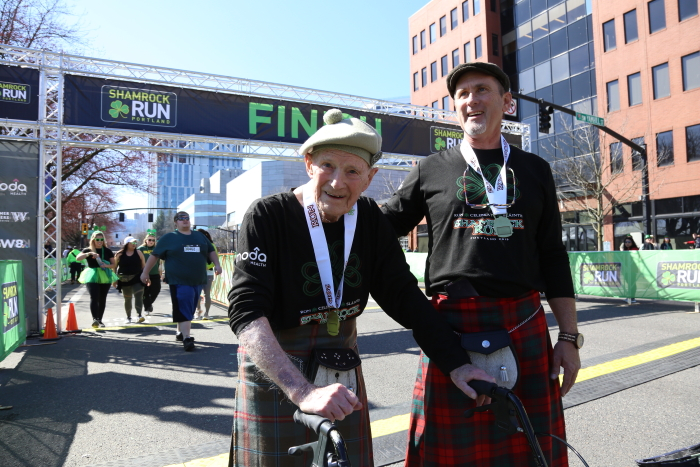 Alex Chambers (11012) has become the youngest person in the Channel Islands to become a Chartered Fellow of the Chartered Institute for Securities & Investment. Alex joined Ravenscroft straight from College having originally undertaken work experience with the financial services company. He is now studying to become a chartered wealth manager, the top qualification in wealth management offered by the CISI.

Josh Lewis (9804), currently studying at Cardiff University, gained a silver medal at the British Universities Championships in the biathlon. Josh finished with a total of 2,716 points from the 200m swim and 1,500m run at the Iffley Road Sports Centre, of the late Sir Roger Bannister fame.

There was more OE sporting sucess for Richard Bartram (10744) who ran a personal best of 33min 7sec in the Eastleigh 10km run, setting a Games 'A' standard. He now has his sights firmly on the Island Games in Gibraltar 2019.

Victor Ego (or The Brainstorm) is a one-man play being performed by Patrick Dickson (5614) at the Pricess Royal Centre later in April. Patrick also conceived and wrote the play which is being produced by O'Punksy's Theatre from Australia, which he also co-founded. The play is a snapshot of Hugo in exile in Guernsey as he imagines his best-selling novel, Toilers of the Sea.

Acting head teacher at the Grammar School and Sixth Form Centre Kieran James (8170) has been appointed as one of the designated principals of the new 11-18 colleges in Guernsey. He will be designate principal of Les Varendes and St Sampson’s High School, taking leadership of the college operating at both sites in September 2020 until education ceases at Les Varendes in summer 2023. Said Kieran 'this is an exciting time and an enormous opportunity for education locally and I look forward greatly to the development of one school in two colleges that will be great places in which to learn and to work.'

Barrie Linnecor (6445) has become the new editor of the Vale parish magazine. Barrie hopes to broaden the scope of the magazine, including more of the wider parish community within the publication.