It was an OEA first at the recent AGM where we held our first virtual meeting via Zoom due to social distancing measures that were in force at the time. The meeting was a great success, with a number of the committee in the College Hall and other members attending via Zoom – thanks to College IT we were able to see members projected onto the screen in the hall, providing a lively and fun atmosphere. Many thanks to those who virtually attended, and we intend to use the same format next year so that our overseas members can again join the AGM! 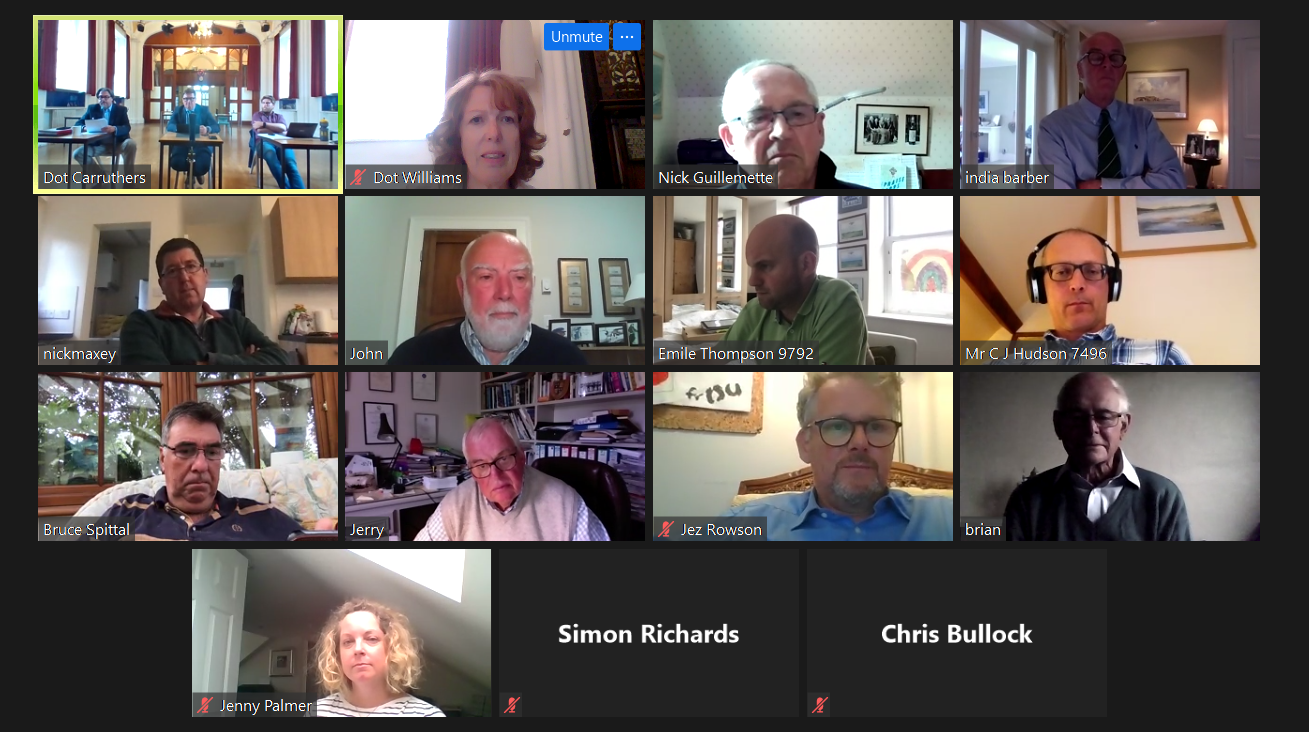 For those of you overseas who may not be aware, Guernsey has been in stage 5 of its lockdown since 20th June which means that there are no social distancing measures, all businesses are open without limiting, and life is pretty much back to normal. To this end Elizabeth College was the first school in the British Isles to have its sports day on the 27th June which has been heralded a great success.

Congratulations to Will Walden (7906) and his wife Camilla on the birth of their daughter in London - Florence Amelia Mari - a sister for Freddie, George and Lily.

Chris Ash (8308) has been made the Managing Director of C5 Alliance in Guernsey. Formerly a Management Consultant for BDO Greenlight and KPMG, Chris joined C5 Alliance in 2018 and will be focussing on growing the team and business development. In another news, Tony Rigden (6684) has joined the Oak Group as a Director in the corporate and private wealth team.

Sad news from Humphrey Hudson (5174) whose brother Edmund (5175) passed away in Oxford at the age of 75. Edmund retired in 1992 as Colonel of the 1st Battalion, Grenadier Guards with a CBE for military services in Northern Ireland. He was commissioned in 1965 and served in Oman, Canada, Germany and Hong Kong, with one of the company commanders describing him as “the most inspirational leader” he had met. A memorial service is expected to take place in 2021 when conditions improve, and we will distribute details once known.

Another first for the island, with the Guernsey Rowing Club holding (possibly) the first sea race since Covid-C19 lockdown. The young mixed doubles was won by the pairing of Matt Creber (11086) and Dan Gill (11070).

A large rainbow photo has been donated to the Princess Elizabeth Hospital by Ben Fiore (10287) as a symbol of optimism and positivity, and as a “thank you” to staff. Ben has travelled the world capturing life through the lens, but the picture was firmly local having been taken from Salerie Corner.

David Becker (8666) was due to run the gruelling 250km Ultra Marathon in the Amazon rainforest in June, but had to change his plans due to Covid-19. Instead David decided to complete the distance in Guernsey, running three chunks of 85km over a number of days, raising funds for Grow Limited.

Life is back to normal for the island shooting fraternity, with Jonny Branch (9528) taking victory from Nick Kerins (10358) at Fort Le Marchant in very challenging conditions.

Mat Heaume (8927) is leaving Elizabeth College this summer to take up a new post as Head of PE at Bromsgrove International School in Thailand.

Lucas Harrisson (9881) has just qualified on the EC135 helicopter in the Royal Navy. He will then start advanced rotary wing training from where he will specialise in Wildcat or Merlin helicopters in the Fleet Air Arm.

Henry Lawrence (9983) has recently completed a 2month volunteer trip to Nepal with Raleigh International. He spent a week training in Kathmandu before joining a smaller group in a rural area to help educate locals in ways to diversify their income. Sadly Henry had to leave 5 weeks early due to Covid-19 but he hopes to return to Nepal to see how their work has panned out.